Get Minutes On Your Time 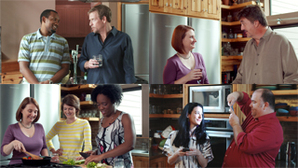 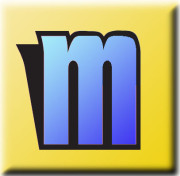 The most important part of the collaborative arts is collaborators.

Alexandra Kiester (Kat) is an Austin actress with lots of hair and love of acting. For her full resume, please see  http://www.dvatalent.com/talent/profile.php?id=214

Nikki Zook (Melissa) is an award-winning actress who thoroughly enjoyed working on Minutesworth. Check out nikkizook.com for more information.

Wray Crawford (Gerald) was most recently seen as Deputy Becker in the Texas film Bernie directed by Richard Linklater with Jack Black and Shirley McLane, and as Larry in the feature film Deep in the Heart with John Gries, Val Kilmer, and D.B. Sweeney.  He also played the role of the Cameraman/Editor in Robert Rodriguez’s SpyKids 4 All the Time in the World, with Jessica Alba, Jeremy Piven and Joel McHale. Television roles include the NBC series Friday Night Lights as the “Pop-Warner Coordinator” in the Emmy-nominated episode "The Son", and numerous Regional commercials. Additionally Wray played the lead role, Joel, in the short film ASTERNAUTS, which won the Best Film award for Student Selects at the 2012 Columbia University Film Festival in NYC, and recently played in the Market Shorts Collection at the 2012 Festival de Cannes (Cannes Film Festival) with very high praise.  Originally from Norwich, NY, he currently lives in Austin, TX.

Al Bianchi (Ralph) began acting at the age if 7 yrs old. Throughout the years Al has been involved in various aspects of acting and production including as a documentary filmmaker. Returning to the theatrical arena over 5 yrs ago Al has had various roles, from 'lead' to 'supporting', in a number of indie shorts and features such as PEARLS OF WISDOM, MAN FROM ORLANDO and the Platinum Award winner ENEMY OF THE MIND. Stay tuned for the latest cutting edge SAG Indie, I 35, which Al has a major supporting role in that recently began shooting.

Angie Sardiña (Hilda) is part of the hilarious Esther's Follies cast in Austin, TX!   She was part of Ground Up & Rising Inc.'s variety show Live the Clevelander, a weekly performance hosted by the Clevelander Hotel on Miami Beach's Ocean Drive.  She can also be found in character on seasonal greeting cards published by Recycled Paper Greetings.

Kerry Ramsay (Bob) is an up and coming film acting talent based out of the state of Texas.  This award winning actor has worked in many theater and interactive based productions, and is looking to make his mark in film, television, web, and many more camera based mediums.

Rodnesha Green (Bobbie) is an actor/photographer hailing from Austin, TX with a background in theater performance. No stranger to film, she particularly enjoys working in the comedic realm - making Minutesworth a wildly enjoyable experience. She will soon be located on the west coast (L.A. to be exact) to further pursue her film-acting career. Many thanks to Tom and Gordon for selecting her to take part in this fun and quirky project!

Anna Easteden (Lisa) is an Award Nominated Finnish American actress whose film appearances include “The House of Branching Love” and “Sideways”. She is known for her performance as "Bee Sting" in “Who Wants to Be a Superhero?” Season 2 on Sci Fi Channel.  Learn more about Anna at her website annaeasteden.com

Susan Rudick (Candi) is often recognized from her work with the dynamic duo Jerry Seinfeld and Bill Gates in the offbeat Microsoft sit-com commercials. She has worked in dozens of theaters in DC, NY and LA, and has starred in many national commercials. Susan can also be seen in the web-series Faux Baby and is co-creator of a new musical animated series, The Waitas.

Dave Wilder (Chip) was an improv actor, studying with Dick Chudnow while doing ComedySportz, and was briefly a member of the Dallas Improv Group "The Ad-Libs." You can currently see him featured in the "Game Fly" commercial and he has appeared in many other national commercials. He also played Scott Edwards in the 2003 feature, STAR-CROSSED.

Terrie Dreyfus loves acting and simply adores the Minutesworth cast and crew and thanks them all for letting her play! You can find out more about Terrie by checking http://www.tagtalent.com/Main.php?Region=Tx&Branch=Main&Entry=Talent&TCode=TD05

Jeff Kahn has returned to the road that was initially not fully taken. A currently-practicing surgeon who is re-exploring his acting roots, Jeff has been humbly honored by fellow actors’ descriptions of his abilities as “fearless,” “really, no really, funny,” “unique,” and “quite a guy.” He partially agrees. He has voice, screen, stage and improv experience. Ask for his award-winning Kermit the Frog impersonation when you see him.

Chris Gage, the composer and performer of the Minutesworth theme music, is an accomplished musician (accordion, piano and guitar) and music producer (Moonhouse Records-- moonhouserecords.com).  He plays lead guitar with Jerry Jeff Walker, and writes and performs with his wife, Christine Albert (albertandgage.com).  Find out more about Chris at his website chrisgage.biz

Stu Altman, who lent his camera and his skills, is also a writer/director.
He was selected to participate in the 2009 NHMC Diversity Writing Program sponsored by ABC & NBC. In total, Stu Altman has completed 10 short films, 15 commercials, 3 television pilots, and 1 music video.  See Stu's work at altmanent.com

Victoria Paul, creator of our logo, is a very experienced production designer, who's credits range from feature films, like "My Cousin Vinnie" to television series, such as "Lie To Me."  Check out victoria-paul.com﻿